Last night we went to the county fair with our awesome neighbors.  The kids had so much fun that this morning they each at different times told me they wanted to go back. This was the only ride the kids rode on.  Reuben and Kaitlyn opted for playing a game. 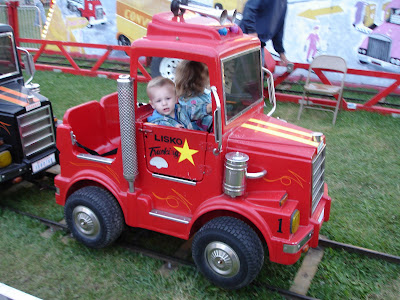 This is Lincoln's first carnival ride ever!  He loved it and would have gone on it a hundred times if we'd let him. 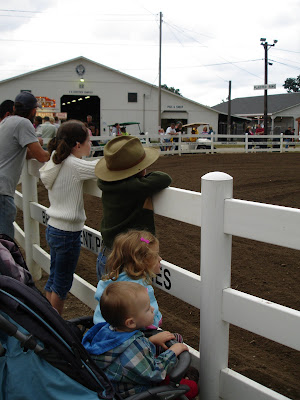 In this arena they had barrel racing and other horse races.  The kids were speechless!  I must say I didn't mind watching either!  Now they all want a horse. 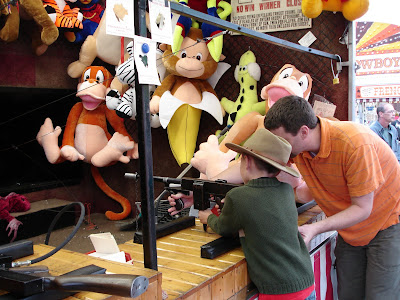 Reuben getting pointers on shooting from Ryan.  Reuben wore this hat and his cowboy boots to the fair! 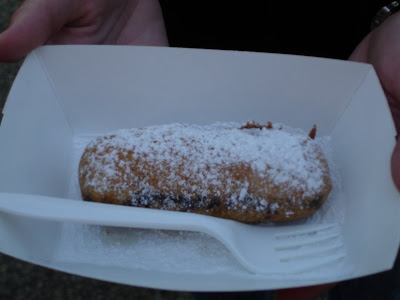 Ryan and I shared a deep fried snickers bar.  It was yummy!  I don't know if I'd get it again, but at least we've tried it. 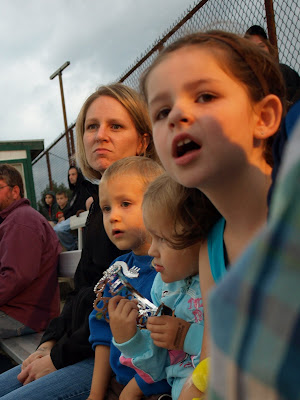 Last night in the Grand Stand they had a car stunt show.  It was pretty cool! 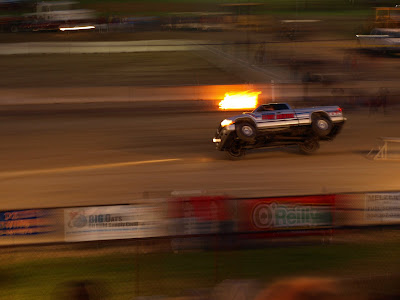 This truck went all the way around the track on two wheels!  It was amazing!  I don't know how the driver was able to balance it that long especially on the curves! 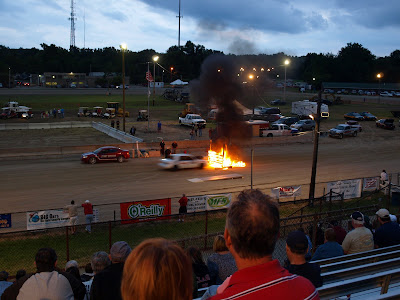 On the front of the car about to go through the fire was a person laying on the hood of the car. 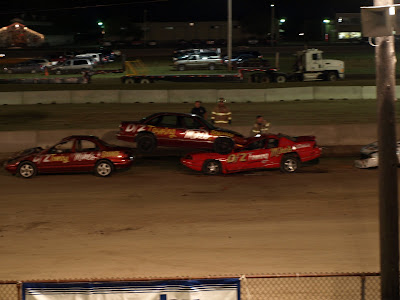 This was the finale.  The car on top went off a high jump and landed on these and fire was involved of course as well. There were lots of other stunts like four cars driving bumper to bumper at high speeds and motorcycle stuff.  It was fun to watch everything.
I have to have a quick mommy bragging session... Kaitlyn won two games right in a row which left Reuben pretty bummed that he had not won one.  So Kaitlyn was allowed to pick out any prize and she picked out Brutus (the Ohio State mascot) and gave it to Reuben because she knew he wanted it!  I am so proud of her!
Their was so much to see.  We were able to see lots of livestock and everything too.  I just love fairs!  Can you tell?
Posted by Ellsworth at 6:58 PM

We had sooo much fun, thanks for the invite! Nice pictures too!!

The best photogragher took about half of them! ;)