Three weeks ago I needed to run to JoAnn's so while I ran in Ryan and the kids went into the pet store next door. It was a miracle that I finished first, which doesn't happen very often! So I headed over to the pet store. Ryan and the kids were in heaven. I must admit it is a fun pet store with lots of cute puppies, fish, rabbits, you name it they have it! They even have a GIANT turtle which wanders around the store. So we were looking at all the cute puppies and a sales lady asked if we where interested in any of the puppies and we said no, not today. So, she went on to ask what qualities we would like in a dog. I said one that does not shed and is great with small kids. So she showed us a little shih tzu. It was really cute and the kids LOVED it! Eve was screaming with delight and an hour later Ryan would not put this puppy down because he loved it. Being the big mean parent that I am I said we'd better sleep on it. (knowing who would have to take care of this puppy, considering I've never had a dog ever, the list of reasons goes on and on...) Well Reuben cried the whole way home, Kaitlyn named it Oreo and Evie was calling him Oreo. It was just not good news.
The next day we went to church and I was sitting in the hall and was telling my friend about the exciting time the night before and our Elder's Quorum President happened to be sitting with his son out in the hall. I remembered that they had a dog and asked which breed it was because they have young children and love their dog. He said that they had a shih tzu and that she had puppies 10 weeks ago and they were still trying to find a home for the last one. So they insisted we come and see him but no pressure. So, that night we came home with Frankie. Yes, you all can die of shock! I know that I am the last person on earth that you would think of as a dog person. But we ALL love him! Eve carries him around constantly and he totally puts up with it. Lincoln loves to jibber jabber to to him and Kaitlyn and Reuben couldn't be prouder! And yes he really doesn't shed! I love it! He is a great puppy! 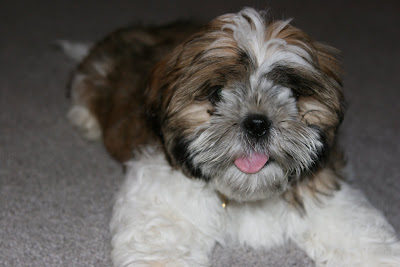 We got the name Frankie from the cute ladies at my quilt guild. They would always call Lincoln "Frankie" and even made a quilt for "Frankie". So we thought it fit. He was meant to be part of the family.
Posted by Ellsworth at 7:59 PM 8 comments: 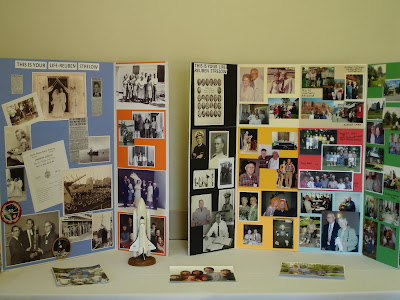 My Mom and Grandma put together these posters for the party. 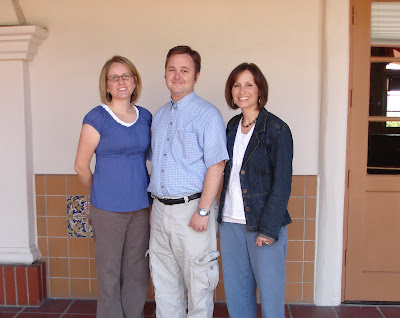 Me, John and Miriam 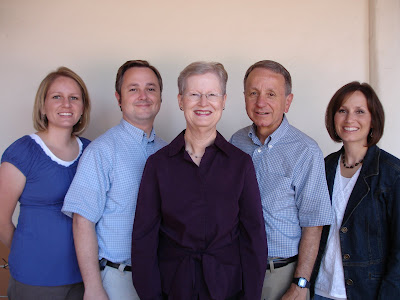 Me, John, Mom, Dad, and Miriam 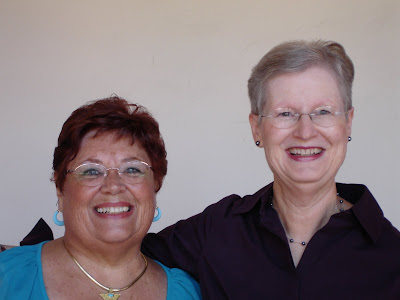 Aunt Gale and Mom. Gale is actually my mom's second cousin but they grew up together like sister's. 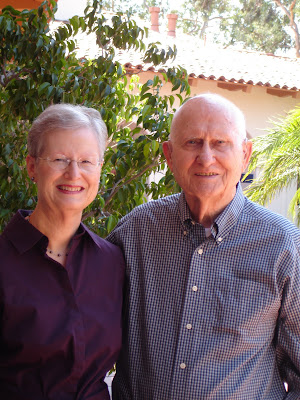 Mom and Grandpa. (This is the Grandpa Reuben is named after) 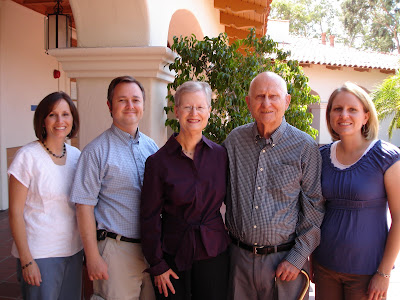 All of the blood relatives to my Grandpa 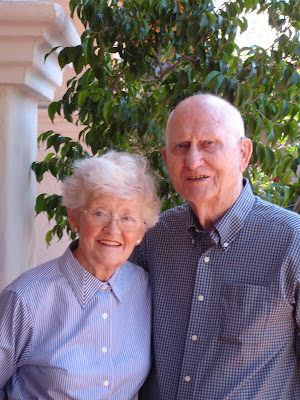 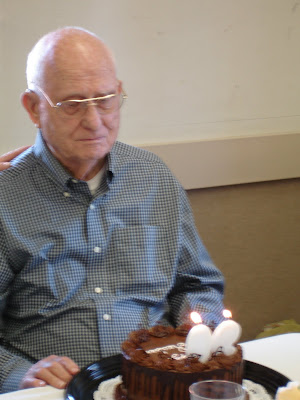 A little blurry but Grandpa getting ready to blow out his candles. I love this man! He pretended to blow them out before actually doing so. He has always had the best sense of humor, I love that about him. 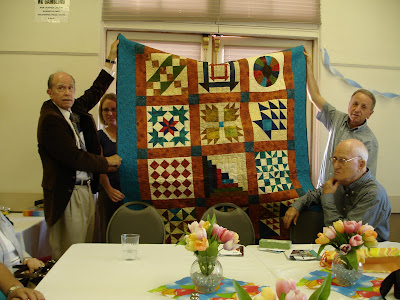 My Mom made this quilt for Grandpa. It is an underground railroad quilt.
I love you Grandpa! I can't wait to celebrate many more birthdays with you!
Unfortunately that was the end of my trip. I have to fly back to see my kiddos and Ryan. I feel blessed though for the time I was able to be there and all the help from friends, by watching my kids!
Posted by Ellsworth at 10:41 AM 4 comments:

Last week I was lucky enough to fly out to California for the weekend to help celebrate my Grandpa's 90th birthday. It was the first time in five or six years that my brother, sister, my parents and I had all been all together. We all flew in pretty close to each other. When we left the airport my brother wanted to stop and see our old house in Redondo Beach. It was fun to see it and reminisce. I was only three when we moved so it was more fun listening to my family's memories. We found that they gutted the house and are doing a total remodel. 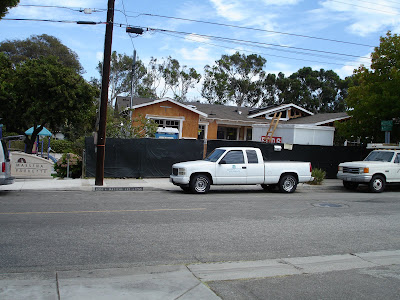 This second view you can see the park next to our house. 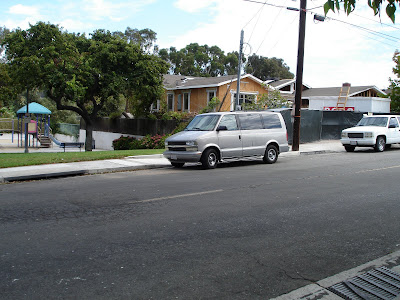 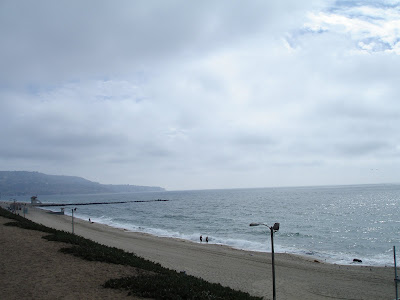 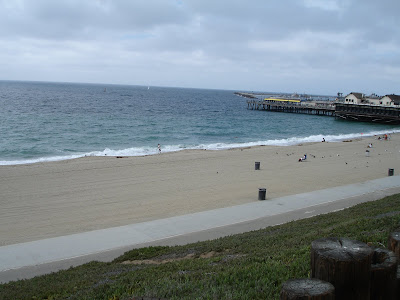 Then off we headed to my Grandpa's.
Posted by Ellsworth at 10:25 AM 2 comments: 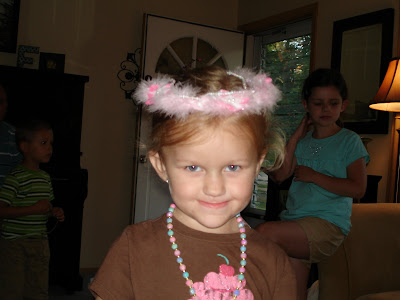 Evie is sporting her new tiara from Great Grandpa and Grandma. It is fun to have the girl's birthday's in the same week. Evie had her preschool orientation on her birthday which made it really special. We celebrated with just family and then on the weekend Eve had a combined princess birthday party with her good friend Lilly. Here are some picture's from the party. It was a princess tea party theme. 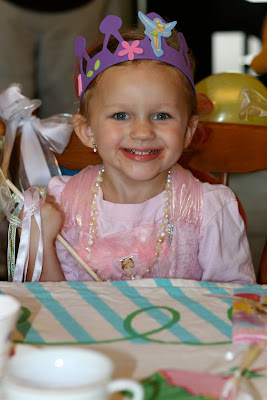 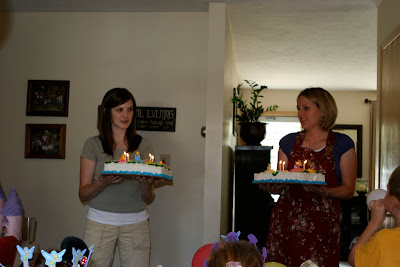 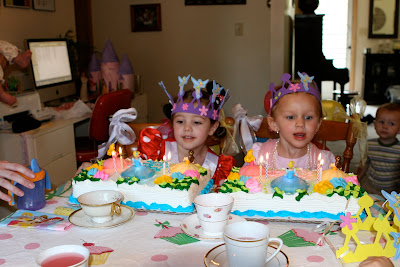 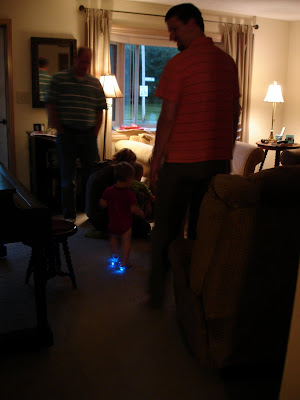 This picture is of Lincoln wearing Eve's new cinderella slippers which light up. He loved them almost more than Evie. 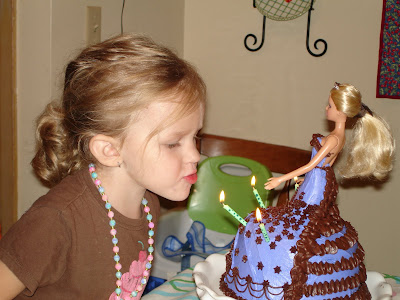 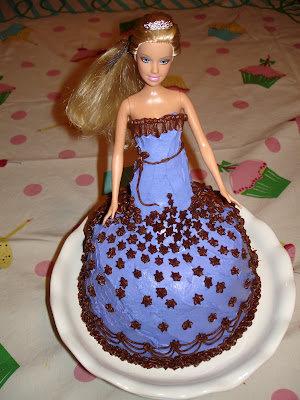 I used my friend's mixing bowl to make the skirt. It was the first time I've attempted to make a barbie cake. I'll just say i've learned a few things for next time.
Posted by Ellsworth at 12:51 PM 5 comments: 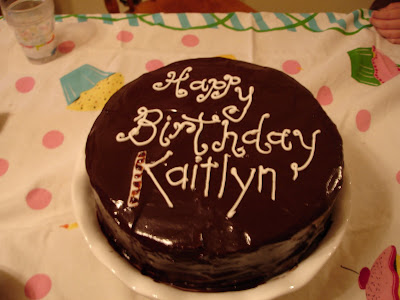 Kaitlyn turned the big nine last week. She has such a fun birthday because it falls right around when school starts, this year her birthday was the second day of school. Kaityln is such a wonderful daughter! Happy Birthday cutie-pa-tootie! 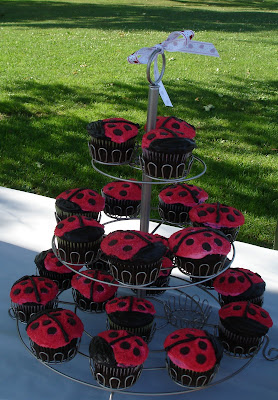 This year Kaitlyn had a ladybug birthday party. We had pizza and played at the splash park. It ended up being a little chilly but we all had fun celebrating Kaitlyn's birthday. 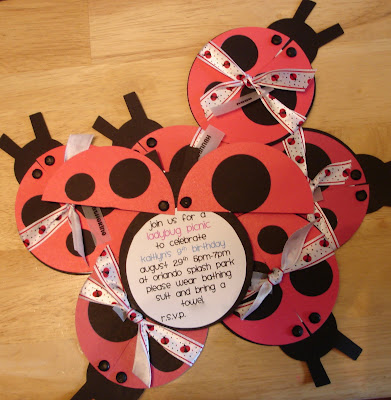 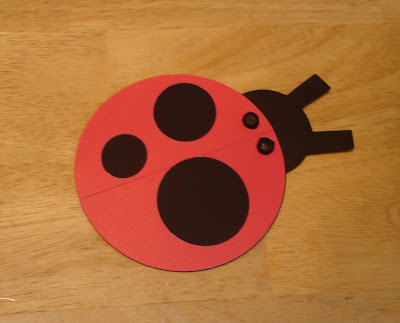 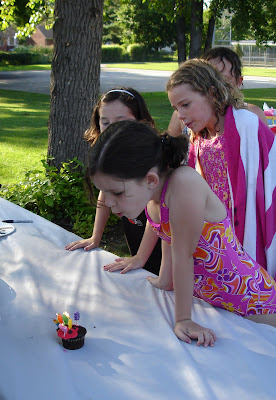 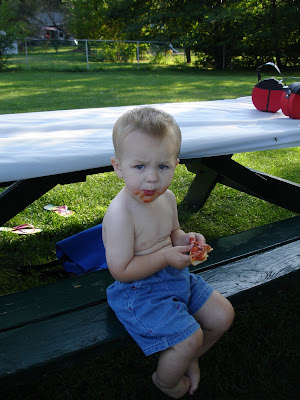 I don't like to blog out of order of when things happen... But today Kaitlyn and her class were in a segment in the news. If you watch it Kaitlyn is in the scan of her class she is wearing mostly pink and sitting in the back.
Posted by Ellsworth at 7:09 PM 2 comments: 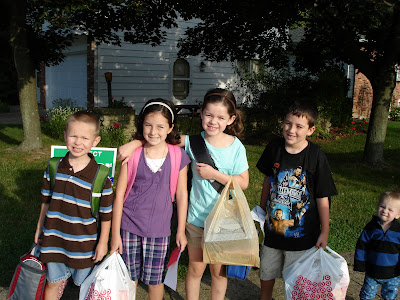 Here are the kids waiting for the bus on the first day of school. There is Reuben, Madelyn, Kaitlyn and Michael. We are lucky to have great neighbor/friends at our bus stop, that are the same ages as our kids in school. Little Link snuck in the picture too. The kids were super excited to start another year and love their teachers so far. (I really like them too!) Evie was lucky to make it into preschool. She was on a waiting list so we were super excited when she got in. I haven't taken any pictures of her there yet but she can't wait to go there everyday. My little kids are growing up way too fast!
Posted by Ellsworth at 12:12 PM 1 comment: