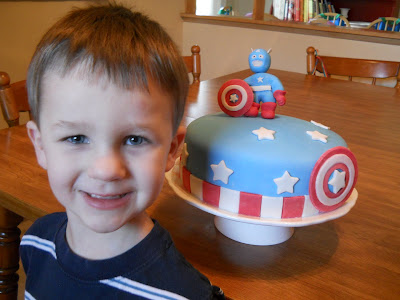 I know I say it every year... but it really is hard to believe that my youngest is 4!! Lincoln is such a joy to have in our family. He is such a loving child, he insists on giving kisses frequently and out of the blue will say "Mom, I love you" so often. He can be intense sometimes with his enthusiasm and loves to also wrestle or play with Reuben. He uses the word "ginormous" and other words that I would not expect from a little 4 year old. He is loving preschool and has made some great friends there.
I was debating weather or not to do a party for him this year, since he is still young. In the end I decided to throw a small one with the kids in his primary class at church and a friend from preschool. He chose to have a super hero theme. (special thanks to my friend Rochelle who took all these pictures for me)
I made capes for him and all of his friends. The boys capes were reversible, green on one side with the superman logo but the first letter of their name instead of an "S" and then blue on the other side with Captain America's shield. The girl capes were reversible too, with purple on one side with a crown on it, and pink for the other side with the first letter in their name. 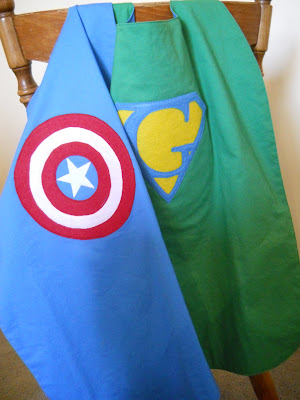 I forgot how the attention span of kids that age is about a zero on a scale of 1-10. We had super hero coloring sheets for them to color that I found online. They played a game where one person hid a super hero monkey while everyone else stood out of sight in the hallway. When they were ready then everyone returned to the room and looked for the monkey. We played a couple of rounds of that. 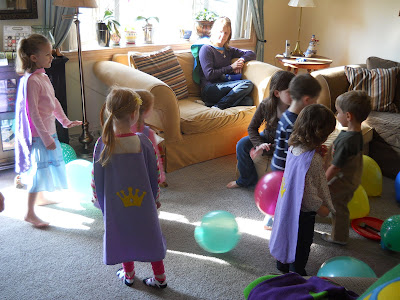 Then we had cake and ice cream. Lincoln then opened his presents and everyone played. Really a low key party. 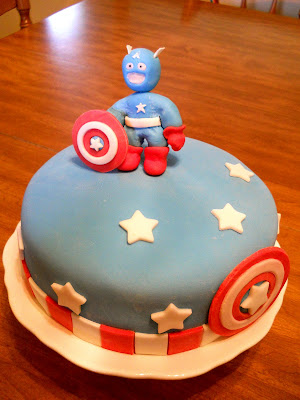 Ryan and I had a blast working on Link's cake together the night before the party. Ryan sculpted Captain America and I did the other parts. I think watching those cake shows has paid off a little bit :) 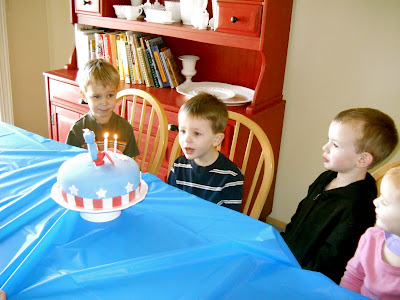 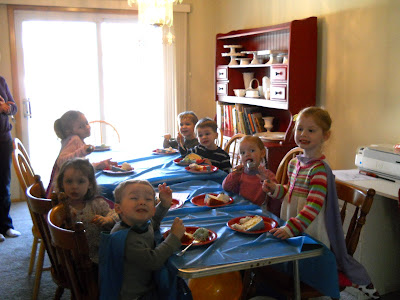 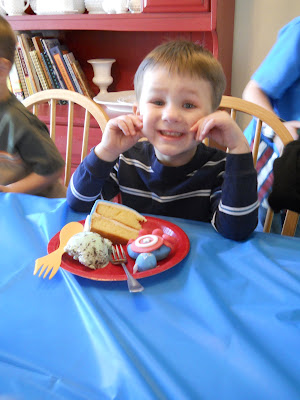 Lincoln told me afterward that his party was the best ever, so I guess it was a success!
Posted by Ellsworth at 7:09 AM 10 comments:

Globetrotters, Disney on Ice, and Hugo

For Christmas my grandparents have generously sent a check every year for us to by the kids a gift from them. Last year and this year we have used it to buy each of the kids a ticket to an event. Normally we would not be able to do these things, so it is such a fun surprise! The kids love to see on Christmas day what kind of tickets they receive. This year the boys went to see the Harlem Globetrotters. They loved seeing all the tricks that the players were able to do. Reuben and Lincoln were really excited to get their picture with Too Tall, who is actually shorter than Reuben. Unfortunately our computer has given me problems and lost the photo :( 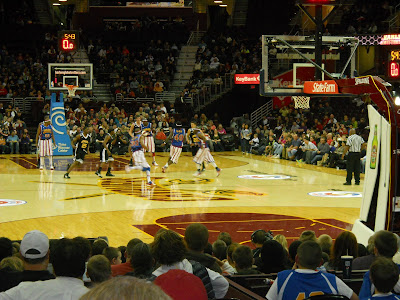 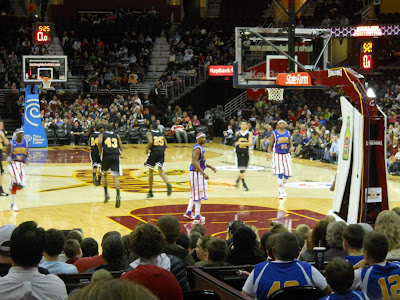 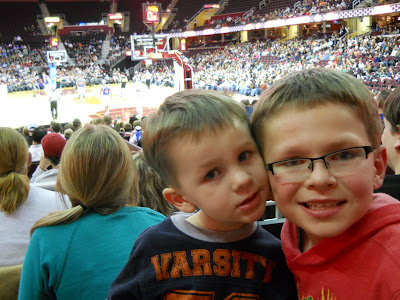 Kaitlyn's wasn't a surprise this year. I asked her ahead of time if she'd like to go to Disney On Ice or go see Hugo in the "real" theater. (normally we only go to the dollar theater). She picked Hugo, she had read the book last year and was really excited to have the opportunity to see the movie in 3D no less. I was lucky enough to go with her to this. I loved seeing it in 3D. I think the last 3D movie I saw was a Michael Jackson one when I was a kid. Kaitlyn loved the movie and we both enjoyed having one on one time together! 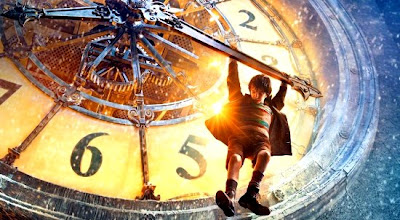 Eve was surprised with Disney On Ice tickets. Eve and I were able to go together to this event. She is my chatter box! She talked my ear off on the car ride there. The show did a brief overview of The Frog Princess, Cinderella and Tangled. Tangled of course was the show stopper. The skaters even twirled up in the air holding onto fabric which looked like Rapunzel's hair. The second half of the show our friends invited us to come sit with them because they were only 5 rows from the ice. During the show I would lean over and say to Eve "isn't that cool" after a couple of times she asked a matter a factually , "Mom, could you please stop asking me questions". It made me smile. 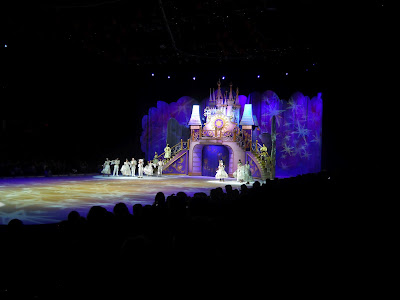 All of the Disney princesses came out at the end dressed in white and gold to welcome Rapunzel to the princess club. It was very magical. Eve was waving to all of them the whole time :) 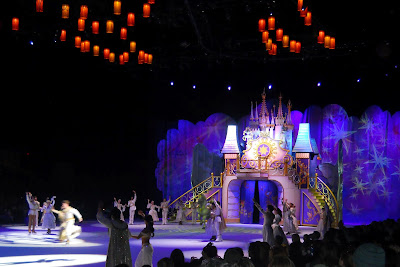 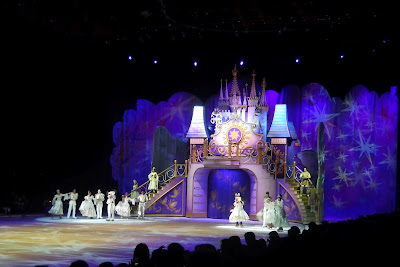 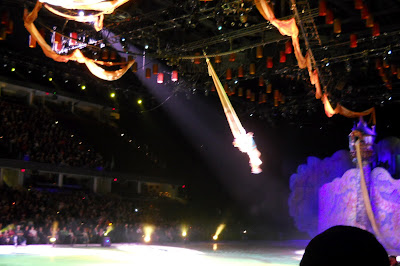