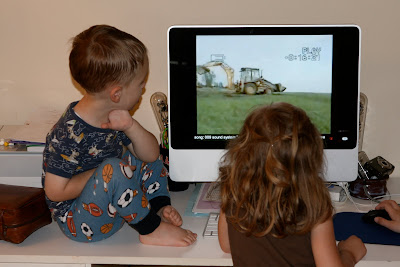 I can say Lincoln is officially obsessed with tractors and trucks. Thank goodness for youtube, you make it possible to make dinner without a little boy being upset.
Posted by Ellsworth at 6:33 AM No comments: 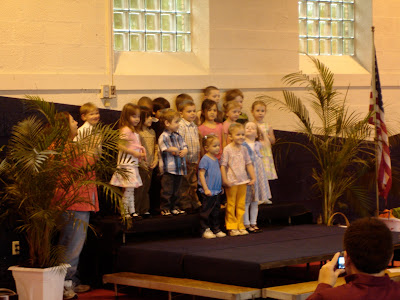 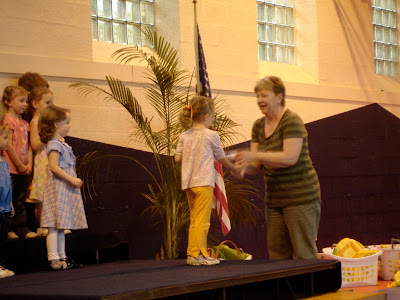 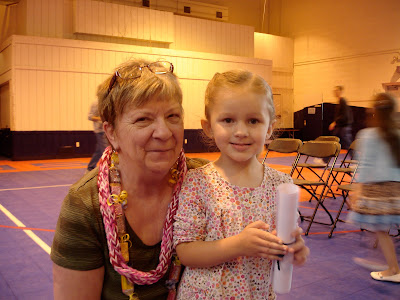 Eve's preschool had a cute graduation last week. They sang some songs and then each received a diploma. Eve was pretty proud! Really can't believe she is going to start kindergarten next year. She still seems like my little girl.
I didn't find out until after the graduation that Eve's other teacher didn't make it to the graduation because she had a mild heart attack that day and was at the hospital. We are so happy that she is okay and back to her self now!
Posted by Ellsworth at 6:26 AM 1 comment:

The other night I was able to go see Grease with some of my friends. It was so fun to see a live show. Taylor Hicks made a special appearance in the play. Here he is coming out of the ice cream cone singing. 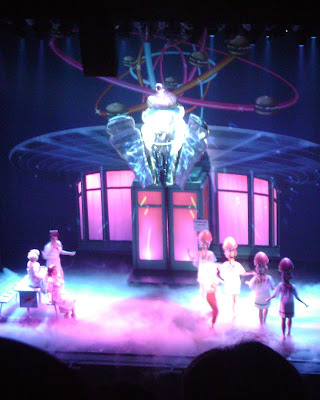 After the play Taylor sang one of his songs from his new album. Watching him sing made me miss going to concerts. I will definitely have to go to one with Ryan sometime soon. 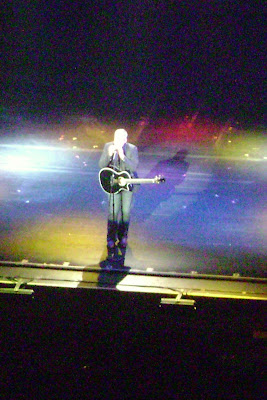 Here we are a little star struck! 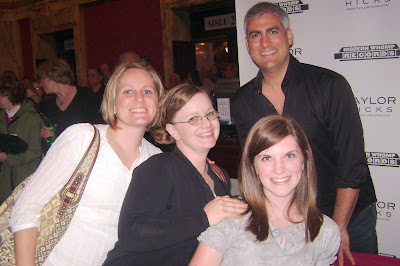 Thank you girls for a great night!
Posted by Ellsworth at 5:58 AM 1 comment: 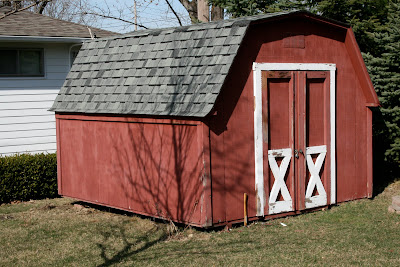 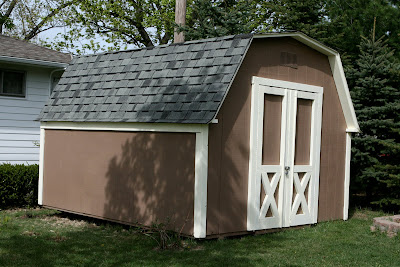 Among other projects that we have been busy with during our break between Ryan's school and the start of work, we painted the shed.
Posted by Ellsworth at 3:13 PM 3 comments: 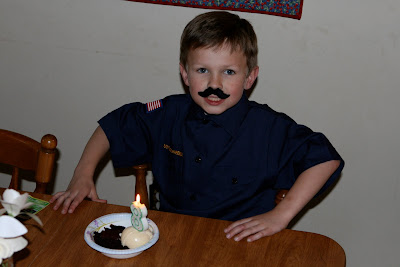 This picture is of Reuben on his actual birthday. He picked to have brownies and ice cream for dessert. Reuben was so excited that he had cub scouts on his birthday and is sporting his uniform in the picture.
This year Reuben really wanted a Big Foot themed party. Yeah, not the monster truck the legend. Ryan and I thought, okay we can make this work. We thought of having the boys go on an expedition to see if they can find any evidence of Big Foot. Ryan would dress up in costume and the boys would be able to have a couple of "sightings" of Big Foot. So we looked for the costume and found that Big Foot costumes aren't cheap (who would have thought).
So we had to ask Reuben what his second choice was for a theme. Reuben picked a pirate theme which ended up being much easier! The boys dressed up like a pirate, decorated treasure chests with markers and jewels, played get the gold in the bottle, smashed open a pinata, and played treasure treasure who's got the treasure. 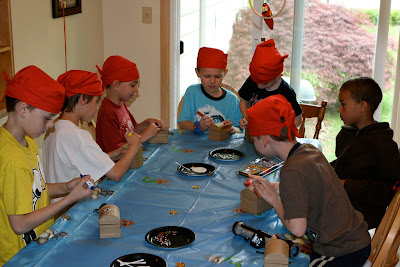 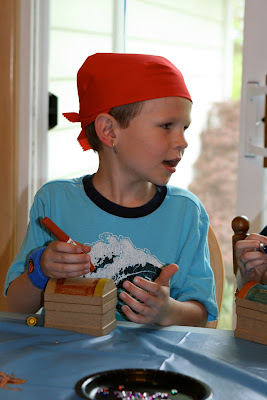 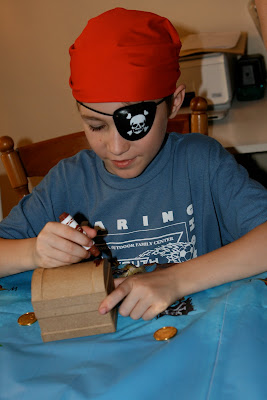 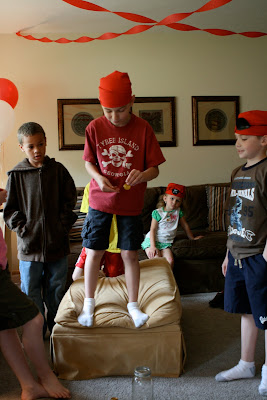 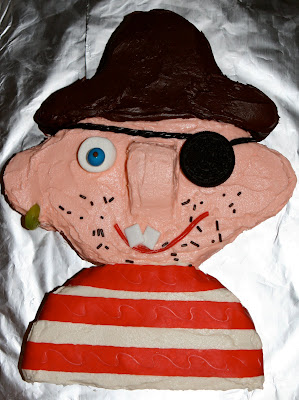 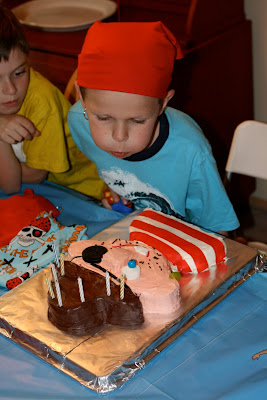