Last weekend my friend Rochelle and I went down to Louisville, Kentucky to meet her sister and her friend. It was such a fun weekend! Rochelle's sister, Missy had a Sentsy convention in Louisville. We all went to the first block of speakers. Missy stayed for the rest of the program, because she is a consultant and  the rest of us went shopping. 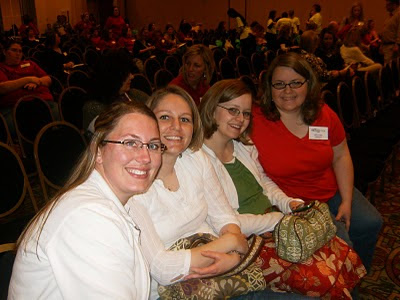 We stayed at an awesome Days Inn. The franchise owner's favorite color must be mustard yellow because EVERYTHING was that color. We thought it was pretty funny that our room had a safe but not a fridge, below is a picture of our safe. The laughs didn't stop when Rochelle had to put her whole body weight on the door to lock it at night. :) 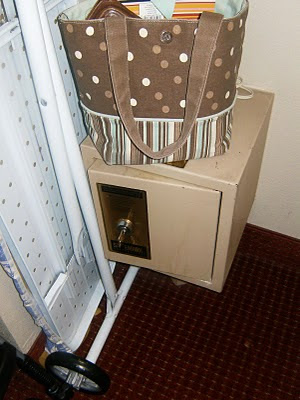 We spied a Big Lots and decided to stop in. Of course we had to try out the hoo-la-hoops. 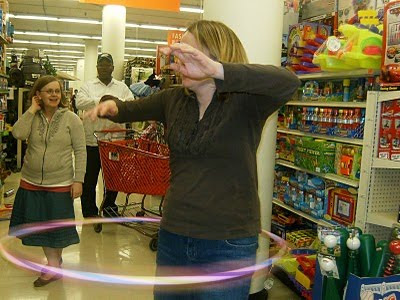 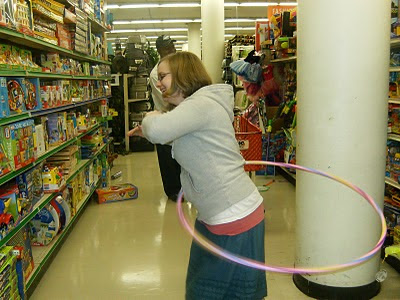 We happened upon a Graeter's and just had to have their awesome ice cream. 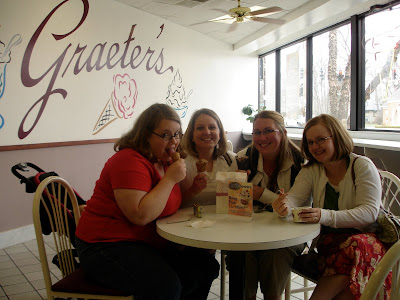 I didn't get pictures but we found this AWESOME antique store that was HUGE! It was so fun to walk around in it. I was so excited to find boxes of shoe forms, which I have been on the look out for. I jumped twice though while at the store. First when I was looking at some stuff and out flew a real bird! And second when I rounded the corner into a room and there was an open coffin with a life size zombie person mannequin laying in it. (wasn't expecting that one!)
It was such a fun weekend with lots of fun memories! Thank you Rochelle, Missy and Yvette! 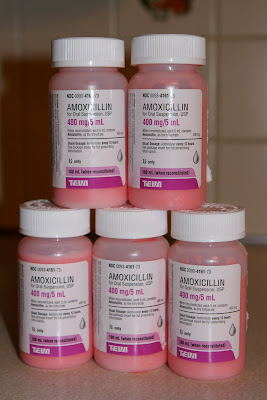 The plague has been going around our house for the last little while. Right now two kids have strep and one has an ear infection. This really has been a pretty healthy winter for us so I'll take it.
By the way since we have been home a lot, I have been crafting and sewing. If you want to check out some of my projects you can look on my craft blog. All Snug As A Bug
Posted by Ellsworth at 6:21 PM 3 comments: 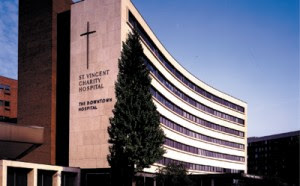 St. Vincent's Charity here in Cleveland, OH.
It was actually our first pick as it affords excellent training.  Thank you all for your love and support.  We are very excited about this opportunity.  The residency program is 3 years long.
Posted by Ellsworth at 12:11 PM 9 comments:

This is one of our favorite family recipes. I got this recipe from my wonderful sister-in-law Becky.
2 chicken breasts cooked and cubed
1 can chili con carne/no beans (we use chili with beans)
1/2 pound Monterey jack cheese, shredded
1 can Enchilada sauce (Rosarita is the best)
sprinkling of onion powder
8-10 flour tortillas
Cook chicken and dice. Assemble enchiladas by putting chicken onion powder and cheese inside. I first mix these up in a bowl together to make it easier. Roll up tortillas and put in a 9x13 inch pan. Pour enchilada sauce and chili all over the top of the tortillas. Bake at 350 degrees for about 25-30 minutes.
These are yummy with a dollop of sour cream on top or to make it restaurant style you could put some shredded lettuce and chopped tomatoes on top.
Enjoy!! 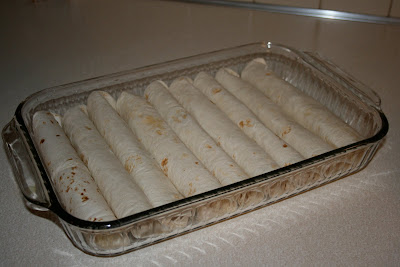 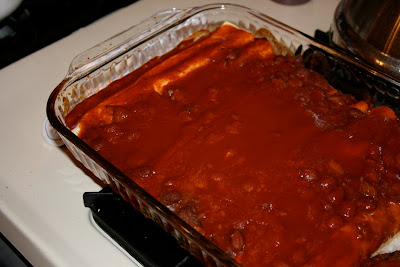