This week we took a trip over to Pennsylvania so Ryan could check out some programs for Residency out there. It was beautiful out there! I love the rolling hills and all the GREEN! Our first stop was to Allentown. Ryan was visiting the program all day so the kids and I checked out the town. We ended up spending the whole day at the Crayola Factory. 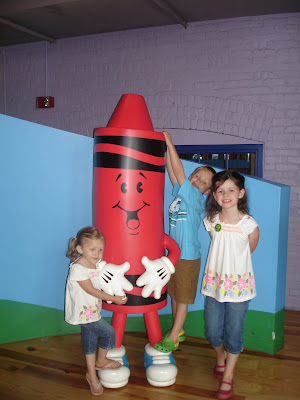 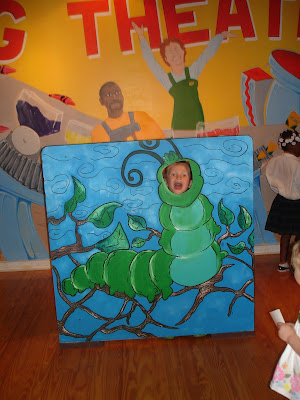 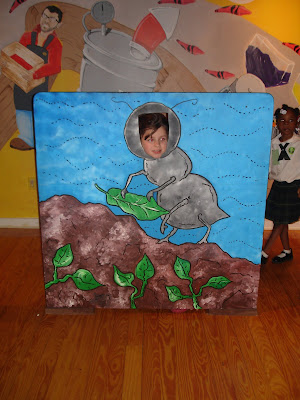 Lincoln and Eve loved the glass wall that the kids were encouraged to color on. 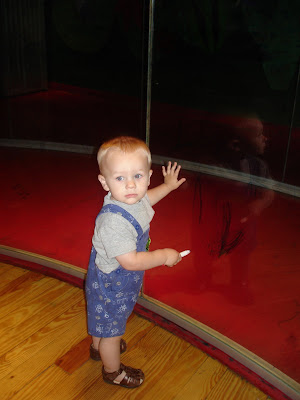 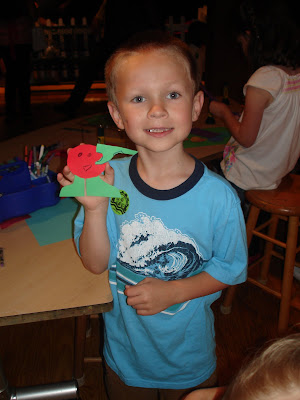 The kids were able to play with some modeling clay.  The clay was really cool.  You could color on it with markers and the clay had a marshmallow type texture.  After you made your creation it air dried in a day or less. 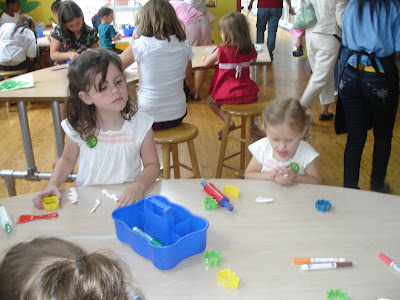 With your admission to the Crayola Factory you could also visit the Canal Museum which was on the upper two floors.  The kids loved this!  At the end of the day they said this was their favorite part of the day which surprised me!  There was a long river where each child was given a boat to run through a series of locks. 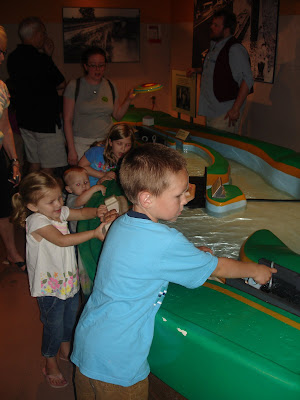 They had a fake mule which you could put on the bridle and other gear. 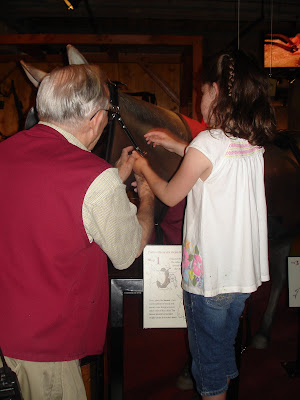 They had a ton of hands on play areas for the kids which they loved. 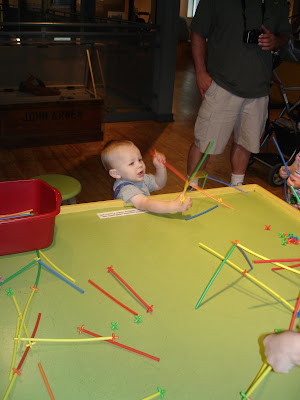 I think that one of the reasons they loved the Canal Museum so much was also that it wasn't so busy.  The Crayola Factory was really overrun with people.  The kids had almost free reign of the Canal Museum.
The next day was spent in Harrisburg.  While Ryan visited the program there the kids and I checked out Chocolate World in Hershey.  The kids eyes were huge.  They loved this.  I forgot to take pictures here!
Ryan only took a couple of hours at this program and then we made the trip back home.  It was a fun little trip! 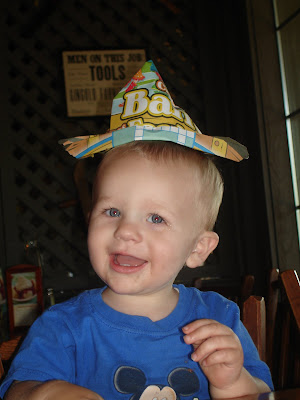 Posted by Ellsworth at 5:44 AM

We've (well mostly just me) really been wanting to go to the Hershey factory. I'll have to add the Crayola factory to my list of places to go!

That looks like SO MUCH FUN! Whenever I think of Pennsylvania, I must admit I cringe from living there last summer. But that was the west part of PA. I guess it's way cooler in the eastern parts. We'll have to go visit those places too. I just loved all the pictures of your super-cute kids!

What a cute little family, and it's so nice to be able to take a business trip that turns out fun! Did Ryan feel gipped that he didn't get to go to the cool places too?

Yaaaaay PA!!! I've never been to the Crayola Factory -- I must go!! That picture of Lincoln is adorable!!