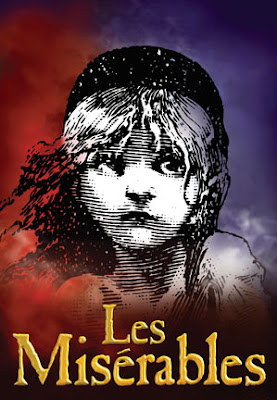 This last week I was able to go with Kaitlyn's girl scout troop to see Les Miserables. It was such a wonderful night. I remember my parents taking me to see it when I was in sixth grade at the Kennedy Center in D.C. and it being impressive. But this time the story just clicked with me. I absolutely loved it!!! The music is beautiful and the message of how this man was able to turn his life around for good, it was amazing. I was telling Ryan that it reminds me of the story of Alma the younger in the Book of Mormon, a little. I also was touched by the men fighting in the war and the lives which were lost. I have two brother-in-laws who have been deployed and through the play could empathize with how hard it would be to sacrifice everything for what you believe in. Also it touched my heart to watch the actor as he came back from war and so many of his friends were not able to. How hard it would be to see all that you do in war and then to come back to normal life. I probably read way too much into the play, but I loved it. 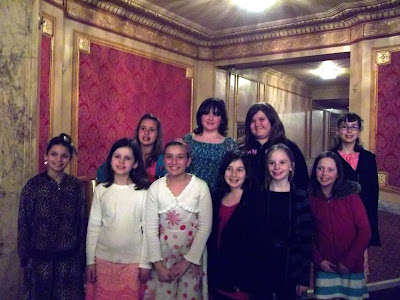 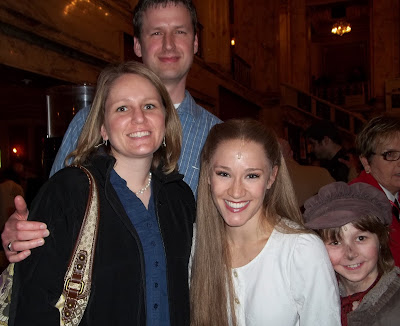 Ryan and I were able to go see the play together two days later. This picture is with Fantine and the little boy who sings "Little People".
Posted by Ellsworth at 7:03 AM

My favorite musical in the world! And by far my favorite line, "to love another person is to see the face of God." I sob every time! So many beautiful messages.

Wow! So much fun! I also feel deeply every time I read/see/hear that story. What a great experience.