Today was Reuben's birthday party!  This year he chose an army theme.  It was lots of fun to think of things to go with the theme.  We started out with camouflage face paint.  Evie had a camo heart :). 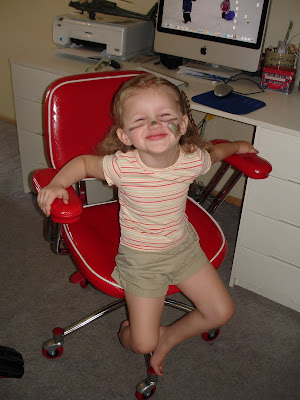 Then the boys lined up and received their must have army gear.  First their dog tags.  I found these wooden scrapbook tags at our craft store.  I rounded out the corners with scissors, painted them silver and printed out their names on address labels and cut them down to size.  The actual necklace part was a notion at our craft store. 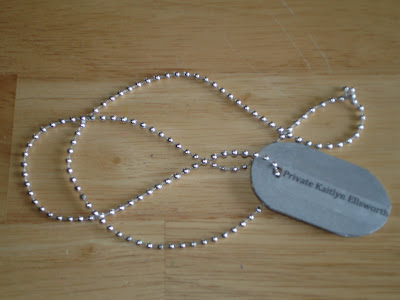 Next each child received their ranking award.  I put some ribbon on a piece of chipboard and glued it to a pin.  I used foil star stickers for their awards.  They received a star for coming to the party and received more through out the party for shooting their marshmallow the farthest, etc.  I thought these flag stickers were cool too so they each received one of them too, as part of their uniform. 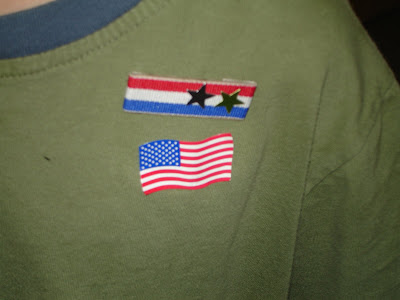 Then Reuben got to check the mail box and found a CLASSIFIED letter to all of them.  It said that there was a criminal on the loose that had stolen things from a seven year old's birthday party.  They went on to find more riddles/clues until ending up at our shed.  Inside the shed there were ammo bags with each child's initials on them, safety glasses and supplies to each make their own marshmallow gun. 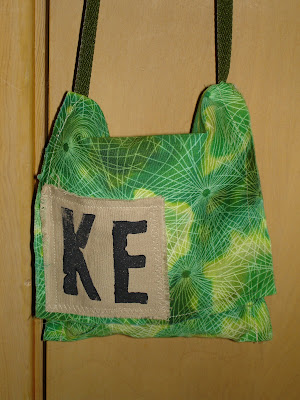 Here's the troop ready to go with their marshmallow guns.  We had hoola hoops up that they practiced getting their marshmallows through and we all lined up to see who could shoot theirs the farthest. 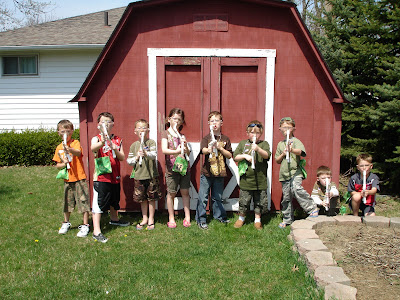 Then we came in for cake.  I think I had a little too much fun making this! :) 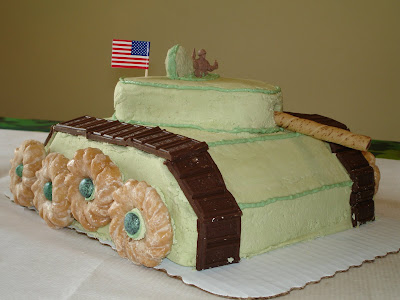 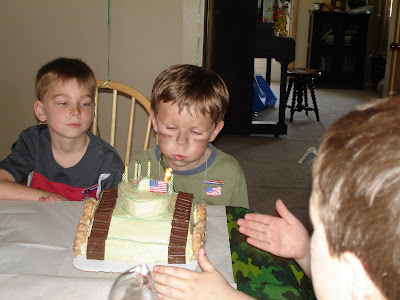 Kristen, his party turned out so great. I love the bags, the cake (how creative), all the decorations. You did such a great job. I will have to remember that theme and maybe use it for my son--I bet the kids just loved it!

What? Can you say mother of the year? How do you do it?

seriously, you are the best birthday planner in the world. You should go pro!

Fun cake, you have such good ideas that you do. Great work!

WOW. You are amazing!!! Best birthday party EVER!!!

The cake turned out awesome! Those stamps were perfect for those bags! What a fun party!