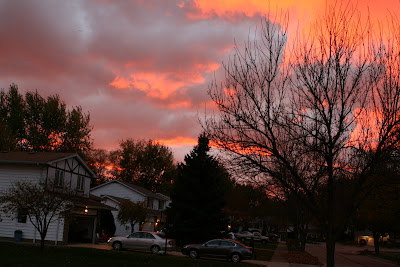 We were able to go trick-or-treating with a couple of friends this year. It was a beautiful but chilly night but we all had a lot of fun! 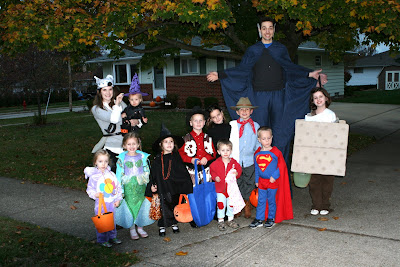 James was amazing and wore his stilts trick-or-treating. Our sidewalks around here are not the most even, so we were all pretty impressed! He was the B.F.G.
Here is the run down of costumes:
Lincoln was Nacho Libre (his all time favorite movie) in the picture he's wearing a sweatshirt because he was freezing. We will take some solo pictures of him soon.
Eve was Ariel/ a mermaid
Reuben was a mad scientist at Jayne's party, a secret agent in the school parade, a baseball player at the church halloween party and a cowboy on halloween. (As you can't tell he couldn't make up his mind)
Kaitlyn was a s'more. (A little bit of bragging here, but she won for the best costume worn by a girl, at her school halloween party.) 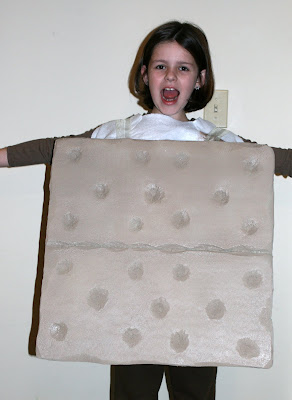 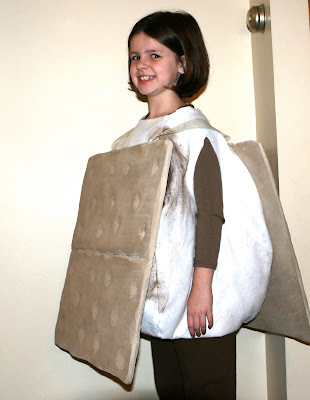 That looks like so much fun! Kaitlyn's costume is soooooo cool. Absolutely brilliant. What did you make the graham crackers out of? Also, I love James's BFG costume. That is too cool.

I love that the sky is orange!

Cute costumes. I wish we went trick-or-treating with you guys, but I was afraid of the cold and knew my kids would be too young to know the difference anyway. Glad you guys had a good time!